I am a late bloomer. As a child I didn’t create stories nor did I dream of someday becoming an author. Yet I’ve long had other qualities associated with writers: I seldom follow directions and I’ve always been a daydreamer. Ask me a question, and my response is likely to be a long narrative that goes practically back to “In the beginning…” 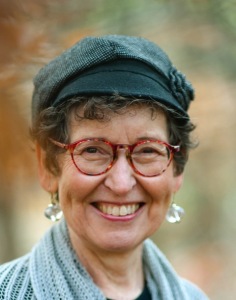 Though born in Indiana, I was reared in Orlando, Florida, when it was still a sleepy little southern town. Yet my husband and I have lived in the Chicago area for more than twenty years. So I’m either a Midwesterner who’s been influenced by my southern upbringing or a Southerner influenced by midwestern ways. In December of 2008, to be closer to our children and grandchildren, we returned to the South, to North Carolina. The move further confuses my identity conundrum.

Friends think of me as having a positive outlook, but I can quickly create a list of negatives—things I DON”T do. I don’t cook. I don’t have a pet, nor do I want one. I don’t serve on committees. I haven’t adjusted well to technology (not even to the telephone).

I DO like sunshine and feel nostalgic for the days when we assumed it was safe to bake on a beach towel. I like time to myself. I like books. I travel every chance I get, and if I anticipate staying home for a while, I take trips vicariously through the Travel section of the New York Times. I’ve had the opportunity to visit Europe, Africa, and Asia. In 2005 and 2008 my husband was invited to teach a semester in Seoul, ROK. We both came to love the country and its people, who taught us much about hospitality.

Finally, I treasure time spent with my husband, Jim, our children, and grandchildren.

As I mourn with the country over the death of John Lewis and my thanksgiving for his life, my thoughts keep returning to…to library cards. In Walking With the Wind and in numerous interviews, Lewis told of being denied a library card when he was sixteen because the library was “not for coloreds.” Of the many horrendous acts of racism against him, this single event seemed to stand out as one of such emotional pain that he often returned to the story.

In the summer of 1964 my husband, a seminary student participating in an interracial ministry internship, was assigned to First Baptist Church of Raleigh, NC. The black First Baptist Church, located on the opposite side of the state capitol square from the white First Baptist Church. Having grown up in the South and attended white-only segregated schools, I could count on one hand the number of real conversations I’d previously had with a black person.

We were warmly welcomed by this large congregation, many of its members educators and leaders in Raleigh’s black community. We lived in the “colored” part of town and were the only white faces at Sunday morning worship. One of my husband’s responsibilities was working with the youth. We went bowling with the group on Saturdays and met in different homes. Most of the kids planned to attend nearby Shaw University, the second HCBU in the Southeast. One teen, Johnny, had an amazing baritone voice and hoped to study music.

To the topic of library cards. I was a reader. I applied for a card at the Raleigh Public Library. I knew it was the white library. That’s what to this day makes me feel so guilty: I knew. But I wanted to read.

John Lewis’s story is a harsh reminder of my choice. The youth we learned to know and love that summer had high aspirations, intellect, and talent, but they only had access to Raleigh’s “colored” library, with its sparse collection. What other resources were denied these boys and girls, many of them with Lewis’s potential?

They probably have grandchildren by now. Yes, there are laws that make public places like libraries available to all, but fifty-plus years later racism still thwarts the aspirations of black youth. Meanwhile, my white-woman privileges, if unexamined, allow that obstruction to continue. An abundant supply of books, movies, and TV shows makes that scrutiny possible. But taking advantage of the offerings requires motivation and sometimes a willingness to leave my zone of comfort.

In 1964 I knew that because I was white I had access to rows and rows of shelves filled with the latest and best of published works, historical documents, and daily newspapers. I knew that church members, many of them better educated and more intelligent than I, dare not even enter that building. Yet I weekly checked out books.

John Lewis was denied a library card. He has died, but he inspires us all, black and white, to continue his work for justice.